Shabbat shalom, mishpocah/family/friends!  As always, a synopsis of this week’s Torah portion can be found on our website.

Last week we discussed how Yosef (Israel/Ya'akov's son) ended up being a very powerful man under Pharoah in Egypt. When his brothers came for assistance during the seven year food crisis that overtaken the land, they didn't recognize Yosef as the brother they had years before thrown into a cistern to die.

Pretending he did not know them, Yosef "toyed" with them for awhile before ultimately admitting who he was and demanding they fetch their father to come and live in Egypt where they would all be safe from the ravages of the famine. It was almost a reverse of the "prodigal son" story in Luke 15:11-32. This time, instead of the wayward son coming home to be accepted into the arms of a loving and understanding father, it was the son forgiving his brothers and then welcoming them and their (his) father into his world.

What’s great about Yosef is that he could have said something like, "Look what I've accomplished and what I'm doing to for you," or "Didn't I TELL y'all you would someday serve me?" No, instead, this godly man gave all the credit where it belonged: To YHWH!

Genesis 45: 4 Yosef said to his brothers, "Please! Come closer." And they came closer. He said, "I am Yosef, your brother, whom you sold into Egypt. 5 But don't be sad that you sold me into slavery here or angry at yourselves, because it was God who sent me ahead of you to preserve life."

Genesis 45:8 So it was not you who sent me here, but God; and he has made me a father to Pharaoh, lord of all his household and ruler over the whole land of Egypt. 9 Hurry, go up to my father, and tell him, 'Here is what your son Yosef says: "God has made me lord of all Egypt! Come down to me, don't delay!

Anyway, isn't it rather odd that YHWH decided to make Israel a "great nation" while they were all down in Egypt? It was not just "the Jews" whom He made into a great nation, because the rest of Genesis 46 shows the names of all who went down to Egypt..."All" includes anyone who was born into and/or had joined, by marriage or otherwise, one of the 12 tribes! Halleluyah - proof that YHWH accepts ALL who wish to worship and obey Him!

For more – and the REST of the story, please click on the link above! 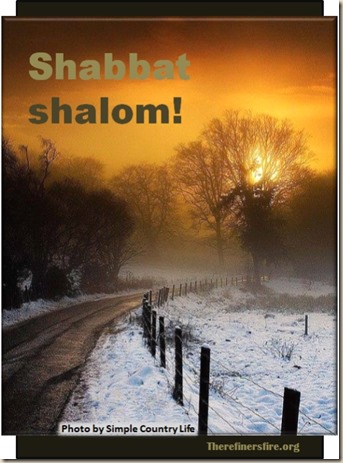