Don’t be mad at Trump about Jerusalem….

Many seem to be angry at President Trump for acknowledging Jerusalem as the capital of Israel, to where the US embassy will eventually be moved.. I guess these angry people don't realize that TRUMP is NOT the one who started this; he simply finished what CLINTON began back in 1992! (You can Google it.)

This was accomplished with the stipulation that the US Embassy would move to Jerusalem by 1999. But that didn't happen because Clinton and every President since then has waived that embassy move every six months - until now, when Trump FINALLY went ahead and authorized the move.

I, for one, am GLAD that he did, because it's part of Bible prophecy that ALL nations will go up against Israel. Take a look at this meme: 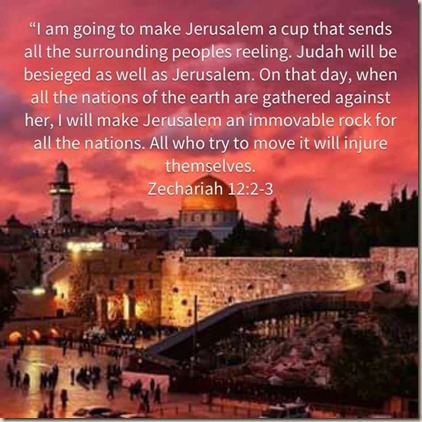