Be careful about all the various Internet “teachings”….

For instance, there's a "teaching" on the Internet that suggests YHWH's Name supposedly means "Behold hand, behold nail" - and they post the attached meme to "prove" it. 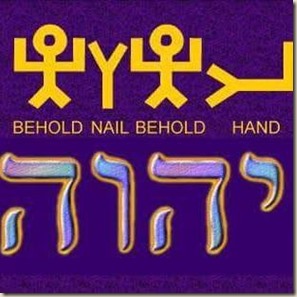