Shabbat shalom, everyone.  It’s time to concentrate on Parasha 16.   This week we see YHWH’s people leaving Egypt!  It is interesting to note that, not counting the "mixed crowd/multitude" (Exodus 12:38) who chose to follow Moshe and his people, approximately two million Israelis - if you count one wife and one child for each man - were brought out of Egypt! How do we know this? Last week's parashah in Exodus 12:37-38 told us the following, which was right after the last Plague, which was the killing of the firstborn:

Exodus 12: 37 And the children of Israel journeyed from Rameses to Succoth, about six hundred thousand on foot that were men, beside children. 38 And a mixed multitude went up also with them; and flocks, and herds, even very much cattle. 39 And they baked unleavened cakes of the dough which they brought forth out of Egypt, for it was not leavened; because they were thrust out of Egypt, and could not tarry, neither had they prepared for themselves any victual.

40 Now the sojourning of the children of Israel, who dwelt in Egypt, was four hundred and thirty years. 41 And it came to pass at the end of the four hundred and thirty years, even the selfsame day it came to pass, that all the hosts of the LORD went out from the land of Egypt. 42 It is a night to be much observed unto the LORD for bringing them out from the land of Egypt: this is that night of the LORD to be observed of all the children of Israel in their generations. (CJB)

By the way, there are certain religious types who like to use certain scriptures - such as the ones we studied in this parashah - to show that "the Jews" were an unruly, rebellious people who refused to obey God, and that is why He supposedly turned His back on "the Jews" and ultimately scattered them into the nations and made "the church" His "chosen." These people tend to forget that:

(1) ALL humans are rebellious to a certain degree; the entire Bible shows proof of that, and the events of our world keep revealing proof of it, as well

(2) "The Jews" (called Israelites or Hebrews back then, as there were no "Jews" before Jacob had one of his 12 sons whom he named Judah where the term "Jew" originated) were the ONLY people on earth at the time who were following YHWH (and He ultimately scattered them into the nations, which enabled the nations to also hear of Him and His Torah);

(3) Moshe brought out of Egypt not just the Hebrews, but also a "mixed crowd/multitude" that included the Egyptians (Exodus 12:38) who chose to accept YHWH as their God. 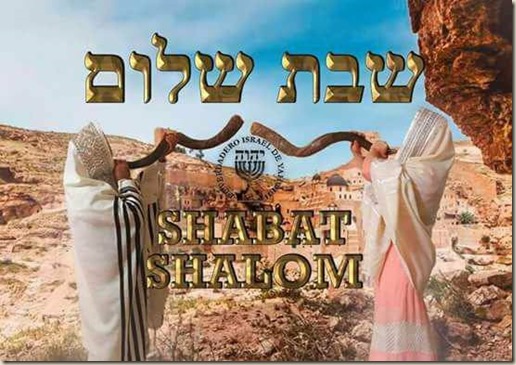