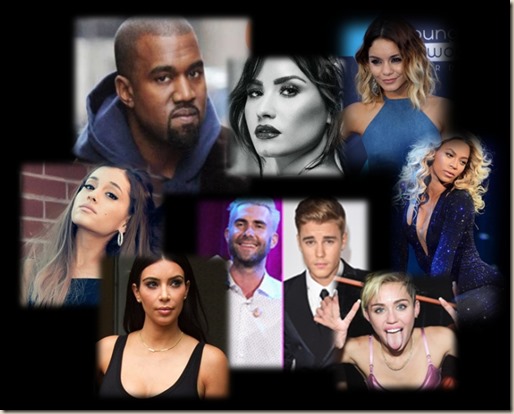 Haughty eyes, haughty looks – you’ve all seen them; you all know someone who is haughty, proud, arrogant. Many celebrities are prime examples. However, I’m not referring to just “celebrities”; but also people we know personally, or deal with here on Facebook. (For instance, the Hebrew Roots movement has, as a whole, become VERY haughty lately….)

The dictionary defines haughty as someone who is “blatantly and disdainfully proud: having or showing an attitude of superiority and contempt for people or things perceived to be inferior.”

Did you know that haShem HATES haughty eyes, looks or behavior? Remember, Moshe (Moses) didn't get into the promised land because he became "haughty" and full of himself ... he actually took some glory for himself and disobeyed a couple commands (see our article.)

Take a look at these scriptures that mention the word "haughty"":

Proverbs 6: 16 There are six things ADONAI hates, seven which he detests: 17 a haughty look, a lying tongue, hands that shed innocent blood, 18 a heart that plots wicked schemes, feet swift in running to do evil, 19 a false witness who lies with every breath, and him who sows strife among brothers. (CJB)

Proverbs 21:4 Haughty looks, a proud heart -what the wicked plow is sin.

Psalm 18:27 People afflicted, you save; but haughty eyes, you humble.

Psalm 101:5 If someone slanders another in secret, I will cut him off. Haughty eyes and proud hearts I cannot abide.

Romans 12:16 Live in harmony with one another. Do not be haughty, but associate with the lowly. Never be wise in your own sight.

There are many more scriptures that discuss “haughtiness” and “arrogance”; but you get the gist. If you know people like this personally (or here on Facebook), gently remind them that haughtiness is NOT a nice trait. If they ask for clarification, be bold and explain.

If they refuse your gentle nudge, or become belligerent, just let them be. Disassociate yourself and shake the dust from your sandals. Turn them over to ADONAI and keep them in your prayers. They’re not your problem.