Hurricanes and fires of biblical proportions in the US and on island nations. Devastating earthquakes in Mexico. Europe overflowing with refugees from the Middle East which is falling apart at the seams due to demonic regimes. Lunatics around the world volunteering to be "suicide bombers" so they can be viewed as heroes in the eyes of a god that doesn't exist except in their warped minds. A megalomaniac North Korean child dictator conducting non-stop underground nuclear tests (which are about to literally destroy the land itself!) in hopes of becoming a world-renown "leader"....

On this somber Shabbat, with everything that's happening to the United States and elsewhere, I'm hoping people are beginning to realize that the Books of Daniel and Revelation are unfolding. YHWH is doing exactly what He said He would do! I'm praying that people will come to the conclusion that mankind is NOT in charge and that we need to adjust our lives to line up with His Will. It's the ONLY way to eternal life!

I also need to mention here that I feel so sorry for all the animals that are being hurt and/or killed in these disasters. No one ever mentions those innocent victims who don't understand what's going on and why their world is being destroyed. They don't know where to go or what to do. What's really sad is that we HUMANS are responsible for this fallen world in which these animals are forced to live. They ended up in a fallen world right along with Adam and Eve who chose to disobey YHWH! WE are the reason for their plight! May He have mercy on the animals who live in the paths of these fires, floods, hurricanes, earthquakes and tornadoes...

1. And Y’shua went out of the temple to depart, and his disciples drew near and were showing him the construction of the temple. 2. But he said to them, Behold, don’t you see all these things? Truly I say to you, nothing will be spared. Not one stone here will be left upon another, which will not be torn down. 3. And while Y’shua was sitting on the Mount of Olives, his disciples drew near and were saying among themselves and to him, “Tell us when these things will be and what is the sign of your coming and the end of the world.”

4. Y’shua answered and said to them, Beware, let no man deceive you. 5. For many will come in my name and will say that “I am the Mashiyach.” And many they will deceive. 6. For you are bound to hear of revolutions and rumor of wars. Watch out and do not be disturbed, for it is necessary that all these things happen, but it is not yet the end. 7. For nation will rise against nation, and kingdom against kingdom. And there will be famines and plagues and earthquakes in different places. 8. But all these things are only the beginning of sorrows.

9. Then they will deliver to afflictions and they will kill you and you will be hated by all nations because of my name. 10. Then many will stumble and will hate one another and will betray one another. 11. And many false prophets will arise and deceive many. 12. And because of the growth of iniquity, the love of many will grow cold. 13. But whoever has patience until the end, he will have life. 14. And this Good News of the Kingdom will be preached in all the world as a testimony to all the nations, and then the end will come, 15. And when you see the sign of uncleanness and desolation, that was spoken of by Daniel the prophet, which will stand in the Set Apart place. He that reads, let him understand. (AENT) 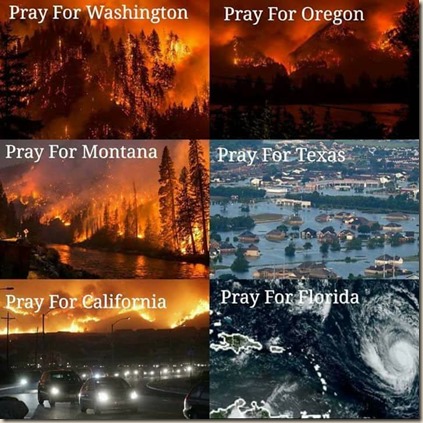