Sadly, “Neo-Nazism” is growing around the world

I’m truly distraught over the fact that “Neo-Nazism” is growing around the world – one of the latest signs is this video showing some California high school boys giving the Nazi Salute (https://abcnews.go.com/US/video-surfaces-showing-california-high-school-students-giving/story?id=65066289 ) and singing one of the favorite Third Reich marching songs, called “Erika” - https://www.dailymotion.com/video/x2upq4e - which is about a blond woman (what else?) likened to a budding flower.

(I recognized the song because my mother, who hid her Jewishness throughout her childhood, used to sing it sometimes at home. It has a catchy tune, but I never really knew the hidden meaning behind it until today. You see, the name, Erika, is a feminine form of Erik, deriving from the Old Norse name Eiríkr - usually taken to mean "sole ruler, autocrat" or "eternal ruler, ever powerful"… Which, of course, is what Hitler attempted to portray.)

I’m distraught over the Neo-Nazi movement because these boys (and any other youths flashing the idiotic “Nazi salute”) surely do NOT understand the gravity of what they’re doing! I’m sure I don’t have to tell anyone that Nazis were an evil, murderous, white-nationalist, “pure-race-seeking” regime led by a mentally unstable narcissistic megalomaniac who killed at least six million of YHWH’s Chosen people, and single-handedly caused the downfall of Germany….

These Neo-Nazi wannabe’s don’t realize that their ignorance will ultimately be THEIR downfall! (If you don’t know why, then please read the Bible from cover to cover and you’ll get the picture of what YHWH does to those who perpetrate evil.)

Unfortunately, sadly, “Neo-Nazism” is becoming popular today. For those who don’t know what it is, it “consists of post-World War II militant social or political movements seeking to revive and implement the ideology of Nazism. Neo-Nazis seek to employ this ideology to promote hatred and attack minorities, or in some cases to create a fascist political state.

“It is a global phenomenon, with organized representation in many countries and international networks, borrowing elements from Nazi doctrine, including ultranationalism, racism, xenophobia, etc.” – Source: Wikipedia

For an indepth look at the sordid history of Nazism: https://www.history.com/topics/world-war-ii/nazi-party


1 Timothy 1: 5. Now the goal* of the command is love which is from a pure heart and from a good conscience and from true Faith. 6. But from these some have strayed and have turned aside to vain words; 7. because they wished to be teachers of Torah, while they understood not what they speak, nor the thing about which they contend.

8. Now we know, that Torah is a good thing if a man conduct himself in it according to Torah; 9. he knowing that Torah was not established for the righteous but for the evil and the rebellious, and those without Elohim, and the sinful, and the perverse and for the impure, and for smiters of their fathers and smiters of their mothers, and for murderers, 10. and for sexual sinners and for copulators with males, and for the stealers of free people, and for liars, and for violators of oaths, and for whatever is contrary to sound doctrine, (AENT)

*NOTE: Messiah is the goal of Torah, not its termination. Love is also the sakal (goal) of the commandment, not the termination. This is validated throughout Paul's writings in key places like Romans 3:31; 7:12; 10:4. 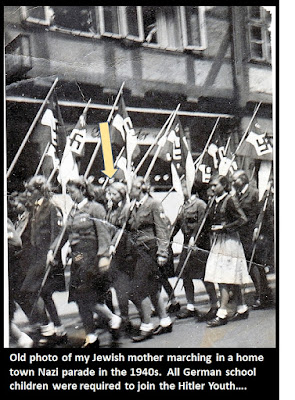