The photo below of one of the very few houses that survived hurricane Michael in Mexico Beach, reminds me of believers – TRUE believers – those who sh’ma (hear and do) and live their life according to the Word.

Scripture tells us that the gate that leads to life is narrow, and that most won’t be taking it (Matthew 7:13-14). I believe that, if we could take this type of photo of the souls of humanity who actually live their lives according to the Word, it would pretty much look the same as that lone house on Mexico Beach, with just a few scattered souls here and there.

James 1:22. But be doers of the Word, and not hearers only; and do not deceive yourselves. 23. For if any man will be a hearer of the Word and not a doer of it, he will be like one who sees his face in a mirror: 24. for he sees himself and passes on and forgets what a man he was. 25. But everyone that looks upon the perfect Torah of liberty and lives fully in it, is not a hearer of something to be forgotten, but a doer of the things; and he will be blessed in his work. (AENT)

The owners of that house said they fortified it – they actually “went beyond building codes to hurricane-proof” their home.

How many people today who proclaim to be believers, truly fortify themselves with the Word and obey YHWH’s “forever” commands (i.e., keep the commanded Seventh Day Sabbath and the Feasts, eating only what YHWH considers to be “clean” so they can be “clean” from the inside-out)?

Hearing and DOING is required to please YHWH:

Revelation 12: 17. And the dragon was enraged against the woman; and he went to make war upon the remnant of her seed who keep the Commandments of Elohim AND have the testimony of Y'shua.

Revelation 14: 12. Here is the patience of the Set Apart believers who keep the commandments of Elohim, AND the faith of Y'shua.

James 1:: 22 Don't deceive yourselves by only hearing what the Word says, but do it! 23 For whoever hears the Word but doesn't do what it says is like someone who looks at his face in a mirror,

24 who looks at himself, goes away and immediately forgets what he looks like. 25 But if a person looks closely into the perfect Torah, which gives freedom, and continues, becoming not a forgetful hearer but a doer of the work it requires, then he will be blessed in what he does.

26 Anyone who thinks he is religiously observant but does not control his tongue is deceiving himself, and his observance counts for nothing. 27 The religious observance that God the Father considers pure and faultless is this: to care for orphans and widows in their distress and to keep oneself from being contaminated by the world. (CJB)

Please note that “keep His mitzvot/commandments” is repeated twice in this passage…. “Keep His commands" is not a request! There are certain things we must DO, if we wish to spend Eternity with ADONAI. "Doing" doesn't mean offering to drive the church bus or serving as an usher. Those things, while nice to do, are "works."

Keeping the mitzvot" refers to just that: Keeping those things we can, should and are able today to keep. There is no excuse for NOT keeping the Sabbath REST, or doing the Feasts! If nothing else - if your worldly job prevents you from doing these things - at least ACKNOWLEDGE them and do your level best to take those days off. If possible, change jobs so you CAN keep them. After all, what's more important? YHWH or your earthly desires?

People need to come out of the mindset that merely “believing in Jesus” is all that God requires. Satan and his demons “believe” too – and they won’t be spending Eternity with Him….

James 2: 19. You believe that there is one Elohim; you do well; the demons also believe and tremble. 20. Would you know, O weak man, that faith without works is dead? 21. Awraham our father, was not he justified by works[1] in offering his son Yitz’chak upon the altar? 22. Do you realize that his faith aided his works, and that by the works his faith was rendered complete?

23. And the Scripture was fulfilled which says: Awraham believed in Elohim, and it was credited to him for righteousness and he was called the Friend of Elohim. 24. You see that by works a man is justified[2] and not by faith alone. 25. So also Rahab the harlot, was she not justified by works when she entertained the spies and sent them forth by another way? 26. As the body without the spirit is dead, so faith without works is dead also. (AENT)

[1] Some theologians allege this teaching to be opposite of the Pauline Epistles, such as Galatians. The reality is that Paul was grossly misquoted whereas Ya’akov (James) was not. Rav Shaul did not accept empty ritual devoid of proper spiritual focus.

He was Torah Observant; he kept the Moedim (feast days), the Shabbat, and took one or more Nazirite vows; he fasted on Yom Kippur, ate “clean” food and lived a Set Apart life in Mashiyach Y’shua. The fact is that Romans 7:12 totally harmonizes Galatians with, and complements, Galatians and Ya’akov.

[2] The Hebrew word for a righteous soul = tsadiq; righteousness = tsedeq; justified = tsadaq; notice they are the same word. A soul without righteousness can never be “justified” regardless of what theologians claim.

The original root word for justified relates to righteous action. However, mainstream Christianity teaches that a person is “justified” solely on the merits of belief in Y’shua, and that observing Torah is impossible. Even in Ya’akov’s day, some individuals wanted cerebral belief to “justify” themselves, which is impossible.

Y’shua’s person (example) and Spirit is meant to literally be imparted into us; this must be evidenced by our actions, otherwise we do not belong to him. Theological, or cerebral “belief” without works, is dead religion; but active literal Faith comes to life in Mashiyach. Torah Observance/obedience is clear evidence that we have passed from death to life. See John 5:29, Matthew 7:23. 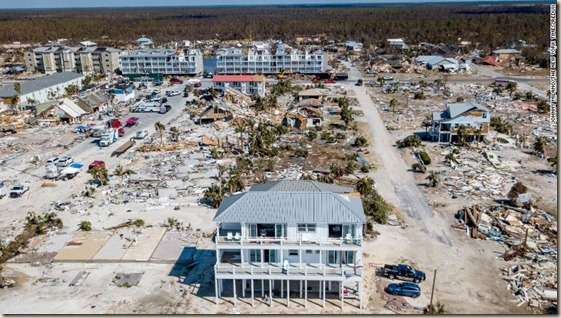