Shabbat shalom, everyone! Another awesome Shabbat is here, and it's time to get serious about this week's Torah portion again. Parashah 53: Ha'azinu (Hear) - Deuteronomy 32:1-52 - can be found on our website.

This lesson starts with Moshe's song which summarizes the history of the Israelites - a song filled with pain after being told (in last week's parashah) that Moshe himself would die and not see the Promised land, and that - after all the teaching and prophesying he has done, YHWH's people would end up not obeying. Let's quickly take a look at what happened last week:

Deuteronomy 31: 16 ADONAI said to Moshe, "You are about to sleep with your ancestors. But this people will get up and offer themselves as prostitutes to the foreign gods of the land where they are going. When they are with those gods, they will abandon me and break my covenant which I have made with them. 17 Then my anger will flare up, and I will abandon them and hide my face from them. They will be devoured, and many calamities and troubles will come upon them. Then they will ask, 'Haven't these calamities come upon us because our God isn't here with us?' 18 But I will be hiding my face from them because of all the evil they will have done in turning to other gods.

Then Moshe tells his people:

Deuteronomy 31: 24 Moshe kept writing the words of this Torah in a book until he was done. When he had finished, 25 Moshe gave these orders to the L'vi'im who carried the ark with the covenant of ADONAI: 26 "Take this book of the Torah and put it next to the ark with the covenant of ADONAI your God, so that it can be there to witness against you. 27 For I know how rebellious and stiffnecked you are! Here, even while I am still alive with you today, you have rebelled against ADONAI; so how much more will you do so after my death?

28 Assemble for me all the leaders of your tribes and your officials, so that I can say these things in their hearing, calling heaven and earth to witness against them - 29 because I know that after my death you will become very corrupt and turn aside from the way that I have ordered you, and that disaster will come upon you in the acharit-hayamim, because you will do what ADONAI sees as evil and provoke him by your deeds."

Click on the link above to find out what Moshe tells his people, beginning in this week's Torah portion! 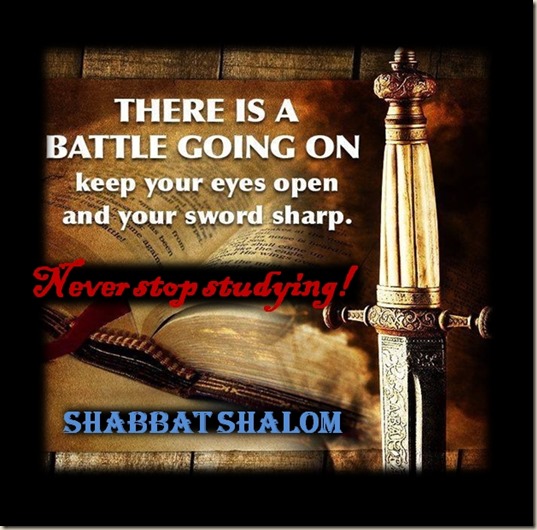