A word about the outcome of the U.S. election 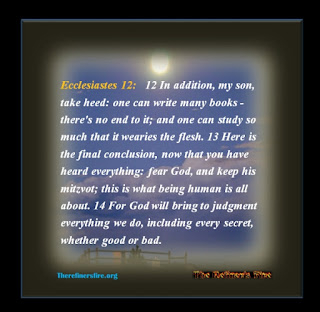 My first thought about this election was: THANK GOD Obama will be out of our hair soon! We will no longer have to endure his haughty, arrogant looks nor have any more of his liberal pro-homosexuality and fetus-killing ideals shoved down our throats.  My husband and I never voted for that man - and we also did NOT vote for Trump (nor for Hillary).  On our ballots we wrote in Ben Carson because he exudes quiet class, wisdom, intelligence and common sense; not to mention, he is a godly man.  We did this due to our refusal to join “the world” in voting for "the lesser of two evils" which is what this whole election came down to. As I said before, YHWH commands His people to SHUN evil.

Ironically, we are glad that Trump won, because a Clinton Presidency would simply be four more years of Obama, which is an extremely disturbing thought!  Regardless, Trump is the President- Elect, and the only thing I have to say about that is, Bill and I will always be able to say that we did not succumb to the world. We stood our Torah ground while still exercising our right and duty to vote.  People have pummeled both of us for guarding our Torah lifestyle, but that's just who we are. YHWH/Yeshua/Torah is ALL that matters to us!

In conclusion, for those who haven’t seen my “Trump in Revelation 13” thread on Facebook, I invite you to check it out because I stand by what I wrote.  As I’ve been saying for a long while now, Trump WOULD become our President and, now that this is a reality, I am sticking to my Revelation 13 prediction and am now going to make another prediction:

I predict there will be many riots at first, because this has been an excruciatingly divisive campaign.  But then Trump will either do one of two things:  Either this “schoolyard bully” will get us involved in WWIII - or he WILL “make America great again” and thus will become the beloved, charismatic leader mentioned in places like Revelation 13:2 and Daniel 11 and elsewhere, which foretells the emergence of a charismatic person who comes virtually out of nowhere (and who has “no regard for women” – which was made perfectly clear during his “locker room banter” fiascos that the liberal media proudly brought to our attention) ; who will, among other things, come up with a one-world religion (something that will appease everyone – especially the “lukewarm” who haven’t got a clue), and who will ultimately make a seven-year peace treaty with Israel.

He will then get a second term, which is when he will make that peace treaty with Israel (because the world will be basically on the brink of total chaos with wars everywhere) – and seven years from that day, we will see the return of Yeshua (who will return on a future Rosh haShana/Feasts of Trumpets, which is the NEXT FEAST to be fulfilled! - when YHWH calls His people together)….

If you’re confused about the last couple of paragraphs, I invite you to read my article about the end times.
Posted by Carmen at 10:12 AM