Shabbat shalom, everyone!  A synopsis of this week’s Torah portion, as always, can be found on our website.  This portion is all about TRUST in YHWH … and what happens when He finally loses patience!

In this Torah portion we discover why the Israelites ended up in the desert for 40 years: They didn't trust YHWH! So, instead of just FOUR years of learning to live under His Divine Guidance, they reaped a sentence of FORTY years!

This reading describes the sin of the spies who entered the Land and brought back a negative report of obstacles they feared could not be overcome. Only Caleb and Joshua returned with the encouraging words; they had complete faith and understood that if God desired Israel, He would give them the Land, and no power could stand in His way.

Beginning in Numbers 13:1, we see that YHWH, recognizing that Moshe couldn't possibly do everything himself, ordered Moshe to "send men on your behalf to reconnoiter the land of Kena'an,which I am giving to the people of Isra'el. From each ancestral Tribe send someone who is the leader of his tribe."

These leaders then went to check out the land, knowing full well that YHWH had already promised it to them! But rather than trusting that YHWH was going to keep His promise and help them conquer the land, they came back full of fear about the huge, fierce Nephilim who lived there. All but Kalev/Caleb and Y'Hoshua/Joshua voiced their fear and reported their opinions (sounds much like today's politicians who operate completely without God), thus sending the entire community of Isra'el into dismay.

Numbers 14: 1 At this all the people of Isra'el cried out in dismay and wept all night long. 2 Moreover, all the people of Isra'el began grumbling against Moshe and Aharon; the whole community told them, "We wish we had died in the land of Egypt! or that we had died here in the desert! 3 Why is ADONAI bringing us to this land, where we will die by the sword? Our wives and our little ones will be taken as booty! Wouldn't it be better for us to return to Egypt?" 4 And they said to each other, "Let's appoint a leader and return to Egypt!"

And so, naturally, YHWH once again becomes angry with his people:

Numbers 14: 10 But just as the whole community were saying they should be stoned to death, the glory of ADONAI appeared in the tent of meeting to all the people of Isra'el. 11 ADONAI said to Moshe, "How much longer is this people going to treat me with contempt? How much longer will they not trust me, especially considering all the signs I have performed among them? 12 I am going to strike them with sickness, destroy them and make from you a nation greater and stronger than they are!"

Numbers 14: 26 ADONAI said to Moshe and Aharon, 27 "How long am I to put up with this evil community who keep grumbling about me? I have heard the complaints of the people of Isra'el, which they continue to raise against me….

Numbers 14: 31 But your little ones, who you said would be taken as booty - them I will bring in. They will know the land you have rejected. 32 But you, your carcasses will fall in this desert; 33 and your children will wander about in the desert for forty years bearing the consequences of your prostitutions until the desert eats up your carcasses. 34 It will be a year for every day you spent reconnoitering the land that you will bear the consequences of your offenses - forty days, forty years. Then you will know what it means to oppose me! 35 I, ADONAI, have spoken.' I will certainly do this to this whole evil community who have assembled together against me - they will be destroyed in this desert and die there."  (CJB) 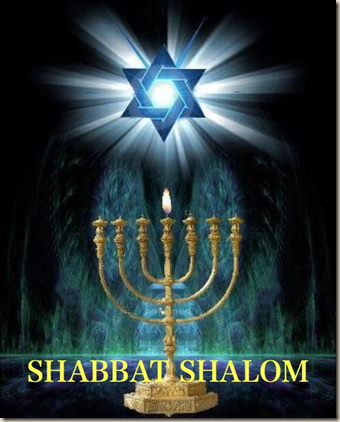