Sending this out to the world today, on Nisan 14, the day Yeshua died…. 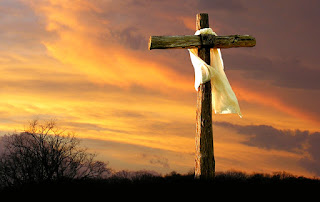 DID YOU KNOW THAT YESHUA DIED TODAY (Nisan 14 on the Hebrew calendar), some two thousand years ago?

I get a little melancholy every year at the advent of Passover, meditating all day on how Yeshua suffered and finally died at 3 p.m. (the ninth hour, approximately the same time the lambs were slain, Matthew 27:46-50); and was buried later that same afternoon (John 19:31). This happened on THIS very day, so long ago…

Oh, the dread he must have felt as the time inched closer for the impending doom of his arrest, torture and ultimate death! How relieved he must have been to draw his final breath as he exited this earthly life, knowing his job in this “fallen world” had finally come to an end.

Scripture reveals how terrified he was in the hours preceding his arrest:

Luke 22:42. And he said, Father if you desire you let this cup pass over me, but not my will, rather let yours be done. 43. Then a Messenger appeared to him from Heaven to strengthen him. 44. And while being in fear, he was praying earnestly and his sweat became like drops of blood. And he fell upon the ground. (AENT)

The truth is, Yeshua knew who he was and what he had to do, and he went along willingly to martyr himself on our behalf, thus becoming our Divine Redeemer:

NOTE: While the scripture from the MKJV states "My God, My God, why have You forsaken me?", such interpretation has led to the false teaching that Yeshua was quoting Psalm 22:1 and that YHWH somehow abandoned Yeshua and left Him on His own. But where Matthew 27:46 in Greek is transliterated "Eli, Eli lama sabachthani", the Peshitta (Aramaic) reads: Eli, Eli lama azbatani - "My God! My God! Why have you spared me?"

There is a very clear difference between "forsaken" and "spared" given the Messiah's situation - hanging from the stake, suffering, ready to die. He was not "deserted" or "forsaken"; rather, He was simply ready to conclude the ordeal and was only questioning why it could not end. Indeed, moments later, Yeshua's body died.

(Please click on this link for an indepth study on What day was Messiah Yeshua resurrected?)

So, wherever you live, celebrate this Feast every year on Nisan 14-15, and remember the sequence of events:

Our sinless Messiah, Yeshua died on Passover, in late afternoon of Nisan 14. He was buried just before sunset, when God’s “day” turned to Nisan 15 – kicking off the week-long Feast of “Unleavened Bread.” (By that time, we must have rid our homes of anything containing leaven, as leaven represents SIN. Yeshua was without sin.)

And most importantly, remember that exactly three days later, YHWH resurrected His Divine Messiah on Nisan 17, as the FIRST of the generations to enter the Kingdom under Yeshua’s redemption - thus fulfilling Firstfruits.

On the day of Passover, remember what our awesome Messiah did, how he suffered and died in horrific ways we can only imagine – a monumental selfless act we could never repay...

And thank YOU Yeshua, our awesome Redeemer, for your willing sacrifice. We will forever, throughout Eternity, humbly bow down before you with immeasurable love and gratitude. Amen.