Everybody wants to "teach"' no one wants to "learn" 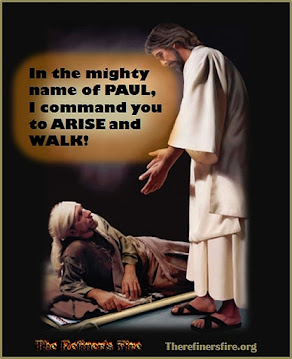 I recently joined a German Messianic Facebook group, and am so very disappointed to see that they're no different from American Messianic and Hebrew Roots groups. Nobody is there to learn anything; they're all there to "teach" and defend their misconceptions.

Like every other group, it's mostly the blind leading the blind, with most insisting "the law" was abolished at the cross, while constantly presenting the misunderstood/misinterpreted writings of Paul as "proof"...

As in the United States, the writings of Paul seem to be more important in churches than the actual Word of YHWH - Yeshua's FATHER! (I'm referring to the Torah - the first 5 Books of the Bible that contain ALL of YHWH's original teachings and instructions to mankind … most of which were for the Levite Priests, some only for men, others only for women - and some were meant for ALL who accepted YHWH as their ELOHIM.  Torah didn’t die on the cross; the MESSIAH did!)

For some reason, Christians believe, nay, INSIST on pretending that Jesus came to abolish everything His Father commanded, and that nothing else is required of them except to “believe in Jesus.”

Most simply do not understand that Yeshua was THE MESSIAH (the “Word” - John 1:1, 14; and the “Arm” - Isaiah 53:1) who came NOT to do his own will; but rather, to do everything his Father (to whom he prayed!) commanded.  Yeshua never once prayed to himself or in his own name!  He came, ultimately, to become our Redeemer; NOT to abolish His Father's Divine Instructions in Righteousness! (Why would he, as they were the ONLY instructions from God Himself that revealed who ELOHIM is, what He expects of His people, and how to actually LIVE a holy life!)

The "arm" (Yeshua) doesn't control the "brain" (YHWH) and Yeshua never suggested that he came to replace his "Father" in any way! Yeshua, unlike the Father, was a very special HUMAN with a divine Nature, who was born and died. Can YHWH be born or die?

Yes, YHWH and Yeshua are ONE (Hebrew: Echad).  Yeshua came from YHWH Himself as His MESSIAH, His special Messenger on earth who, when his job on earth was complete, returned to YHWH. They are “one” in ways we mere humans cannot begin to comprehend!

Luke 4:43 "But he (Yeshua/Jesus) said, "I must preach the good news of the Kingdom of God to the other towns also, because that is why I was sent."

Luke 8:1 And it happened after these things that Y'shua was going around in the cities and in the villages and was preaching and declaring the Kingdom of Elohim.

And golly-gee, look at what Paul wrote:

Acts 24: 14. “But this indeed I (Paul) acknowledge, that in that same doctrine of which they speak, I do serve the Elohim of my fathers, believing all the things written in Torah and in the prophets.”

So, while his death, burial, and resurrection are an important part of the Good News, it's not the whole story! YHWH isn't just in the business of "saving" people. As Creator and law giver, He is in the business of teaching us how to be good subjects in His Kingdom to come!

If His Messiah "Jesus" supposedly “abolished Torah at the cross" then why was EVERY believer completely Torah observant for one hundred years after Yeshua's death, including the Apostle Paul who was "caught" being Torah observant 29 years after Yeshua's death (Acts 21:23-24)! Was Paul a hypocrite, saying one thing and doing another; or were his teachings, perhaps, misunderstood?

SIGH! People.... They begin with their preconceived ideas; and they will defend them to the bloody end – because “being right” in their own eyes is more important than anything YHWH ever commanded or the things that Yeshua ever taught…

(For all the pertinent references, please read our website’s article:  https://www.therefinersfire.org/confess.htm