In 1930, Hal Roach studios released the Laurel & Hardy classic short “Below Zero”.  It is a delightful film, one of many of the famous comedic duo Stan Laurel and Oliver Hardy.  It was filmed in an “age of innocence” (my words) when compared to today’s decadence, opulence, and depravity.

There is a scene in the film which has long bothered me.  You see, Stan & Ollie portray a “down on their luck” pair who are trying to eek out a survival by playing music on the streets, relying on the generosity of those more well-off than they.   In an early scene, actress Kay Deslys is seen leaning out 2nd floor window where they are playing below and she shouts “Yoohoo! Oh Mr. Whiteman…” and asks them to move on down a couple of blocks.  It’s a delightfully funny scene though not by today’s standards involving sex or gays, but this scene always bothered me because I assumed it to be some sort of “racial slur” of the time – Stan & Ollie, both white, portrayed as poor and disadvantaged.  Thus I thought the person leaning out the window was referring to them negatively, my beloved Laurel & Hardy,  by the term “Mr. Whiteman”!   This bothered me for many years!  Truly it did!

Well, my concerns were very misguided!  It turns out that the term “Oh Mr. Whiteman” was not derogatory at all!  You see, Ollie was a dead ringer for a Jazz musician of the 1920’s-1930’s by the name of Paul Whiteman!   The “crack”, made by the actress leaning out the window, was only meant to be understood to the audience of the time – the audience who would see the movie short!   But in my time, I did not understand the use of the phrase "Yoohoo, Mr. Whiteman"!  I needed to know something about the era in which the film was made!  It was my fault it gave me concern!  It was my ignorance of that era which caused me grief!  I was not aware of “Paul Whiteman”, Jazz Musician! 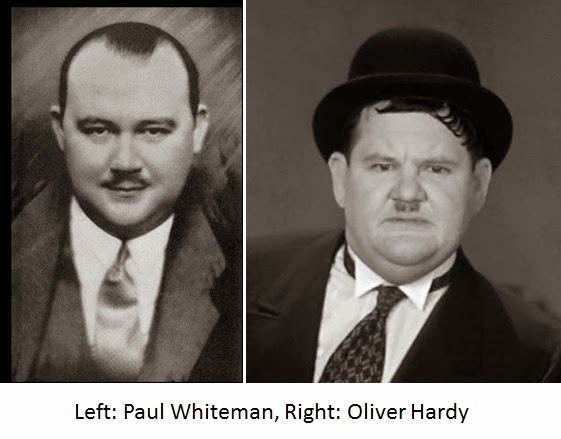 So it hit me.  Today, we read scripture, all of which was written thousands of years ago, yet within it are terms we simply don’t or cannot today understand.   Thus, many conclude falsely many aspects of who God is, who the Messiah is, what was expected of us, and just what it was that the Messiah offered that we did not already have.   And when you realize that the original scriptures were written in the rich language of Hebrew and Aramaic, then translated to Greek, then to English, you can imagine the potential horrific change in meaning of the original scripture!  YHWH must be beside Himself!  Imagine the simple phrase in my beloved 1930 Laurel & Hardy movie “Below Zero” which says “Oh Mr. Whiteman” translated into Greek for a Greek audience!  They’d be looking at themselves, shrugging their shoulders with absolutely no understanding!

Thus the message of this post:  Read scripture, but where it is not clear, don’t assume!  Go study.  Find out what it originally meant.  You will find yourself coming closer to YHWH because you will come to know Him better.

May you have a terrific Hanukkah of new-found understanding!